In 1996, Talwar was awarded a British Chevening scholarship and went on to do his LL M in International Human Rights Law from the University of Nottingham. A few years later, in 2000, he started his career with the United Nations in war torn Kosovo.


During the course of his work with the United Nations Rajesh Talwar attended courses at some of the best universities in the world including at Harvard, Oxford and Cambridge. He studied Negotiation at the Harvard Kennedy School and Leadership in Law at the Judge Business School at the University of Cambridge. At Oxford University he studied refugee issues at its Department of International Development, obtaining a Post-Graduate Certificate in Forced Migration. Talwar also studied Arabic at the School of Oriental and African Studies, worked on short films and finished a course on film making and communications at the London Film Academy (LFA) and did a full time post-graduate course in journalism from the London School of Journalism (LSJ). 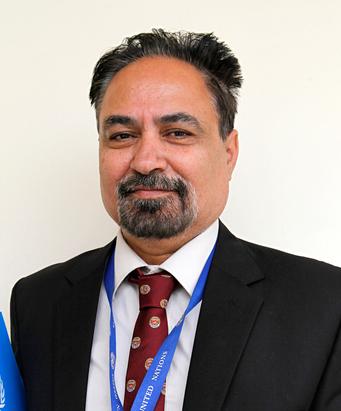 Rajesh Talwar has written on a variety of themes ranging from social justice to law and culture for international and national magazines, newspapers and websites including The Guardian, The Economic Times, the Pioneer and Sunday Observer.   His non-fiction works range from books on legal literacy and human rights to those on the sacred feminine and world culture. His most notable book on judicial reform ‘The Judiciary on Trial,’ (Cosmos Publications, Delhi; 2002) was reviewed and applauded by no less than the late Khushwant Singh, veteran journalist and commentator. A book on hijras titled ‘The Third Sex and Human Rights’ was extracted and used as the lead story in The Asian Age’s Sunday Supplement. More recently, Rajesh Talwar wrote the best-selling ‘Courting Injustice: The Nirbhaya Case and Its Aftermath’ (Hay House; 2013) in the aftermath of the terrible rape in December 2013 which made international headlines around the world.


Within the realm of fiction Rajesh Talwar has written novels, plays and children’s books. Based on his experiences in Afghanistan he has penned two novels, namely ‘An Afghan Winter’ and ‘The Sentimental Terrorist’ (Create Space; 2012). Both books received favorable reviews, including from IndiaPost as well as US literary magazines such as Clarion and Kirkus Reviews. Other novels include one based in England (Inglistan), and one in India (Simran). His most recent novel is a literary crime thriller ‘How to Kill a Billionaire’ (Juggernaut Books; 2016).


Talwar is also a playwright where he has focussed on social themes. He is the author of the 2002 satire on the law criminalising homosexuality (Inside Gayland), a play on dowry deaths (The Bride Who Would Not Burn), and a play on AIDS (High Fidelity Transmission). In 2016 he wrote ‘Gandhi, Ambedkar and the Four-Legged Scorpion’ a historical play on Gandhi and Ambedkar in the context of their differing attitudes towards the evil of untouchability. His most recent play ‘Kaash Kashmir’ (2017) examines the conflict in the valley.


He has also written children’s books notably ‘The Bearded Prince’ and ‘The Three Greens’ (Orient BlackSwan; 2005).
Future projects include a book trying to unravel the truth behind disappearance of Netaji Subhash Chandra Bose, which will also discuss his modern day relevance. Talwar is also half way through a book on the future ‘soft power’ influence of India which he predicts will surpass that of China and the United States.Type your paragraph Type your paragraph here.Type your paragraph here.