Following the terrible episode (and even before) there has been continual and great improvement in the substantive laws for both women as well as children who have been victims of sexual violence and yet despite their being so much publicity on the case, the author argues that, concretely, although there has been improvement in the laws themselves, we are nowhere near better enforcement or implementation.

​THE KILLING OF AARUSHI AND THE MURDER OF JUSTICE 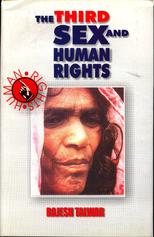 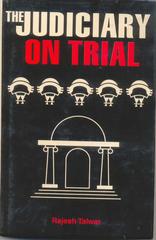 In this book, the author argues that their situation can be compared with that of transsexuals in the west, both in terms of the psycho-social compulsions faced by a man who voluntarily decides to become a hijra or alternately a male to female transsexual as well as in terms of the complications regarding marriage, adoption and sexual status

​THE JUDICIARY ON TRIAL

​THE THIRD SEX AND HUMAN RIGHTS

This little volume contains the words of the Mother Goddess Vaishno Devi as heard by a disciple during a visit to her holy shrine near Jammu. The Goddess addressed eight devotees who were together in a cave towards the end of their pilgrimage while she gave them her Darshan. She spoke with them as a group but also addressed those present individually.

​FROM THE LIPS OF THE GODDESS

In a tongue and cheek account the author has described with greatclarity and insight the current mess the Indian judiciary andjustice system?finds itself in. He has also suggested ways andmeans by which this crisis in the legal system could be tackled.This book is essential reading for policy makers, those concernedwith the law and the concerned citizen. 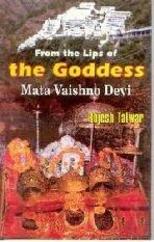 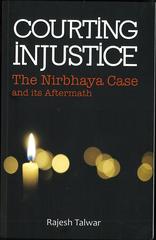 The Aarushi Talwar murder case gripped the imagination of the nation for the better part of a decade, and is likely to remain a running story for many more years. Many questions, however, still remain. This book considers some of those unanswered questions, examines the judgement and related material closely in the context of three possible scenarios.