Young and attractive Poonam who lives in Model Town, Delhi has an arranged marriage with Ravinder who manages a shop together with his father in Ghaziabad. The boy’s family have expectations of a fat dowry from the marriage. Ravinder hopes to set up shop independently in an expensive commercial area. When that family’s expectations of a large dowry are not met, things turn sour. Very sour. 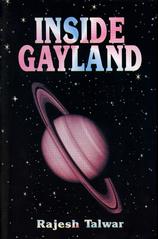 ​A MOST UNSUITABLE GIRL, CONQUEST AT NOON (TWO PLAYS) 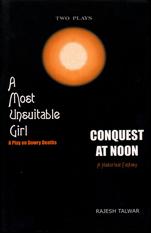 The play shows Babasaheb as a young boy descending from a train, and how he and his siblings cannot travel to see their father because no cart driver is willing to take them there – all because they are Dalits.

Sanju, a young college student visits Delhi’s red light area with a friend to celebrate his examination results. Soon after his visit he gets involved in a relationship with Ulfat who teaches at his college. Ulfat is trapped in a bad marriage with Hoover, a lawyer who has recently joined hands with his doctor friend Falooda to set up an NGO that will work on AIDS related issues.

THE BRIDE WHO WOULD NOT BURN

The play opens with a young teenage boy of school going years confesses his love to a young girl. The boy, Rohan, is a Kashmiri Hindu and the girl, Ayesha, a Muslim. The two families, the Pandits and the Shahs are neighbours. Soon after this profession of love, together with thousands of other Kashmiri Pandits, the boy and his family are forced to leave Srinagar, leaving their house and possessions behind.

A Most Unsuitable Girl, is a tragicomedy play on the prevalent social practice in India on giving dowry upon the marriage of young woman by her parents and how in certain circumstances the absence (or lack ) of dowry might have potentially fatal consequences for the bride. In the second play, the author creates a historical fantasy in which India was the colonizing power and the British were the subject population.