An Afghan Winter is an interesting read for anyone keen to learn a little more about current day Afghanistan. This war torn country is forever in the news, with daily reports of battles fought and numbers killed, so much so that these reports often mean little, if anything at all.
This book then , fills a void, and provides interesting insights into the goings-on in contemporary Afghanistan. It is peppered with real life scenes of the international community living and working in the country as well as central Afghan figures too.
The author pens his views of various aspects of contemporary Afghanistan by weaving his commentary of the place and the people, within a murder mystery type plot. An American national working in Kabul, is killed in one of the guesthouses in Kabul. The murder takes place early on in the novel. There are 3 main suspects. However, one does not feel the tension and suspense of a who done it in this book. Talwar seems, subconsciously, to be keener to share his descriptions and insights of Afghanistan as it is today. He tends to go off on this bend rather than increase the suspense in every page. However, as you go deeper and deeper into the book, you start to enjoy this new approach more and more.
Talwar is successful in his commentary, no doubt, because he has lived and worked in the United Nations in Afghanistan for a few years. He also comes across as a sharp observer of the interactions and emotions of his characters.
I enjoyed this easy to read account and would recommend the book to anyone interested to have some insight into current day Afghanistan.-Anne from (www.Amazon.com), Singapore 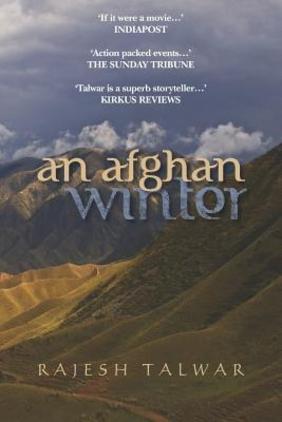 The plot is layered very well and was devoid of logical loopholes. The pacing is a tad slow but it was justified by actual plot in itself. A good mystery should be unwrapped patiently and savored bite by bite like chocolate. That’s precisely what this writer has managed to achieve. In the process of uncovering the mystery, he managed to blend in flavors of loss, love and friendship to the story. Each suspect is justified with proper motive and means. The writer made stellar use of the motive part of the story to elaborate about Taliban, Al-Qaeda and the involvement of American. He has also put to use the internal conflicts among the Muslims – The infamous rivalry between Shia and Sunni Muslims. It is evident that the writer has experienced Afghanistan first hand. The writing is spot on. Given the subject and the setting, it is an easier alternative to weave an emotional tale of loss and pain. Surprisingly, this writer picked the difficult route by keeping the emotions in check and taking a methodical-logical approach to solve the murder. The characterization is also perfect. I did find it a bit difficult to understand the crux of each character initially, but as the story progressed, the writer kept adding dimensions to each character. I was surprised to note that this book is self-published. The cover could have been better. That is my only qualm with the book.-Shree, www.Goodreads.com

Soon after Anzan’s arrival in Kabul he is embroiled in a surreal episode that involves the murder of a friend and fellow inmate of a guest house. There are three possible suspects in the killing of the American army officer. As he travels north and south of the country investigating, he begins to doubt if he will ever discover who killed his friend, when he stumbles upon a horrifying possibility that chills him to the bone.

Talwar’s thought-provoking mystery is set against the backdrop of war-torn Afghanistan.

Soon after Indian journalist Anzan arrives at Kabul’s Aram guesthouse, one of his fellow boarders, an American ostensibly working as a sports advisor to the Ministry of Youth, is killed by an explosion in his room. Anzan then uses his investigative skills to narrow down an international cast of suspects, including members of the Taliban and Al Qaeda, and learns exactly who this American is and why someone might want to kill him. Talwar is a superb storyteller who manages to conjure both the flavor of an expatriate community and the day-to-day life of Afghanis. He peoples his tale with a range of characters and shows the country’s array of spices, foods, clothing and expressions. Perhaps most impressive is the way the author twists the noir genre into a glorious multinational reflection of itself. Though a skillful and seasoned journalist, Anzan’s narration is politely cynical rather than hardball. His repartee is delivered, not in gritty wisecracks, but in an urbane but stilted English that doesn't exactly sound like Mickey Spillane: “I’ve done difficult assignments in dangerous places before, but when I thought of Afghanistan, I felt the secretions of fear line my stomach.” As with any good mystery, the plot thickens at every turn. While Anzan travels about Afghanistan speaking to various people, contradictory clues and hints arise. Initial suspects are discarded as new ones appear, until a sickening realization begins to dawn on him. In the end, his discoveries force him to make a decision that will define what type of man he is. More than murder set in a distant locale, the novel examines classic themes of love, loss, identity, friendship and the overarching effects of politics on the lives of ordinary people. This is self-publishing at its best, lending voice to a perspective that might otherwise be lost to more clichéd views of foreign culture.

An intelligent thriller, perfect for readers who wish to immerse themselves in an exotic, dangerous land.- Kirkus reviews