How to kill a billionaire” is an absolute cracker of a read, and I loved it from start to finish – I didn’t work one whole afternoon, ignoring my computer and a pile of editing, in order to finish this gripping book.
And what a clever book it is too.  You are told the facts of the crime almost at the outset, but it is the unravelling of the where’s and why’s and how’s that grips you.

100% recommended for both Indian and overseas readers.  Since Lord Patel, to whom the narrator directs his story, is a foreign based Indian, who has supposedly lost touch with some of the ground realities of living in India, the narrator often explains things to him – a boon for readers who may not know India intimately.- www.christinesbookreviews.com

When a billionaire's son goes missing after a young girl commits suicide, a twisted drama ensues in the thirty thousand corridors of a Delhi court, a cat-and-mouse game that brings out the worst in men...

​HOW TO KILL A BILLIONAIRE 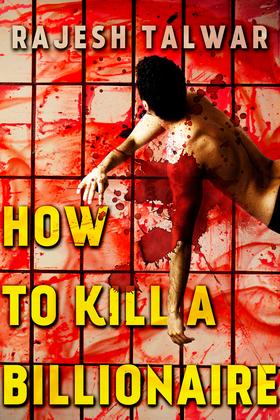 Rajesh Talwar in this novel chooses to not have to do much with dialogues and chooses on a monologue narration. There is only one man who talks in How To Kill A Billionaire, the protagonist himself. This is his story. His memoir of sorts. A rare book, in the genre of crime fiction, with no investigator, no police but there is a lawyer and a confession. The book starts off as a man missing case that has the potential to blow into a full-fledged homicide case and fortunately for the reader it holds throughout till the climax.- www.thetalespensieve.com

Rajesh Talwar is a lawyer who practised in the Delhi courts before joining the United Nations to work on justice reform. His crime thriller How to Kill a Billionaire is a visceral take on the inequality in Indian society, and on the Indian legal system’s many loopholes. A billionaire’s son goes missing, and only a lowly lawyer at a Delhi trial court holds the answers.-​www.juggernautbooks.com