The play opens with a scene in a garden opposite a large double-storey house in which a young teenage boy of school going years confesses his love to a young girl. The boy, Rohan, is a Kashmiri Hindu and the girl, Ayesha, a Muslim. The two families, the Pandits and the Shahs are neighbours. Soon after this profession of love, together with thousands of other Kashmiri Pandits, the boy and his family are forced to leave Srinagar, leaving their house and possessions behind. It is the beginning of 1990 that marks the Kashmiri Pandit exodus. When hopes of return rapidly dwindling, eventually they move to Delhi. Rohan, who is still in school, decides to join the Indian Army.
Ten years pass. Rohan is now a Major in the army, and is transferred to Srinagar, where he once again encounters Ayesha and her brother who is now part of the independence movement. What will happen now? Will Rohan and Ayesha’s childhood romance be rekindled? Will Ayesha’s brother be arrested or killed by the Indian army? 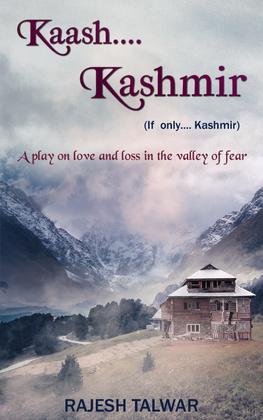