The first chapter of this book is one of the best openings that I have ever read. It completely grips the reader and you cannot guess the true climax, at least I couldn't (no spoilers here!) its a very moving story where the author or narrator is a centrist, neither left nor right, but despite his brilliance he has to do all kinds of things to manage to pay his rent.

It has many things going for it and is a complex genre, with romance, suspense, literary and there are also non-fiction extracts on our concept of beauty that are worth reading in their own right - quite separate from the book. I compliment the author for a scintillating and moving read. an important book in today's divisive times. -www.goodreads.com

This novel well captured the different classes of people within Indian society. John, a lecturer in DU wasn't paid for quite few months which shows the manner of our political system without extending further.
Bahadur is a typical Indian man who is often violent to his wife unnecessarily.
Even though ‘dowry system’ has been abolished every prospect groom desire to have it in some form or the other.
Most parents over played their role in their child’s future- whether in their career or choosing life partner which sometimes even lead to suicide.
I would love if Simran did not die so abruptly that the story could have been extended to show more of the evil influence of over exercise of authority by parents to their children.- www.goodreads.com

Simran is a novel which displayed the Indian society and their values. Thought it is a Tragic Love Story of Simran and Prof. John, the author slideshow some social evil which prevail in the society- The Dowry system, though not openly practice most men still have some expectation. I relate this with one of the short article I read which goes on to say, " A boy wrote 1500 words essay about the Evil of Dowry System in an IAS exam, wrote so well that the examiner were impressed and he got through. After his success demanded 5 crore as a dowry from his wife because he is an IAS officer now."
Our society is still male dominated and every married women are expected to serve their husband more like a servant.
The author reflect the real condition of the Hijra as well as the condition of some orphanage home which is no better than the street dwellers.
Parents are always the match maker of their children and the deciding factor of a good partner is always based on money and social status which sometime leads to mental breakdown, suicide and tormented life.
The author is pessimist about life like the character of 'Confusion' but if he is more optimist like 'Affection' the book might be more enjoyable.- www.amazon.in

John, a lecturer in Philosophy at Delhi University returns to his flat one evening to find a letter waiting for him. A subsequent meeting with the author of the letter puts a question mark over the supposed death of John's fiancée six year earlier. He temporarily suspends his work with the hijra community in Delhi to accompany Diamond, a researcher in aesthetics to Shimla, where he had formerly studied. At Shimla they find themselves in the midst of a right wing conspiracy. After four weeks when John returns to Delhi he is nowhere near a solution. If anything, events in the past seem even more unexplainable. Meanwhile Poonam, a six year old girl who has been adopted by Kumari, a hijra friend, gets arrested and is falsely implicated in a theft case. A friend's arrival from Calcutta with unexpected information has John rushing off to the airport. Finally, he appears to be closer to understanding what had really happened 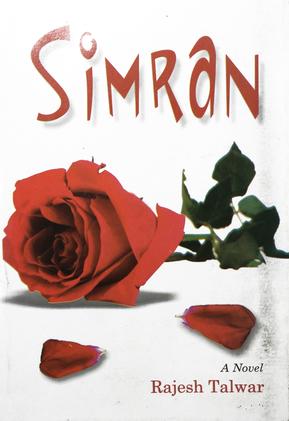