A MOST UNSUITABLE GIRL, CONQUEST AT NOON 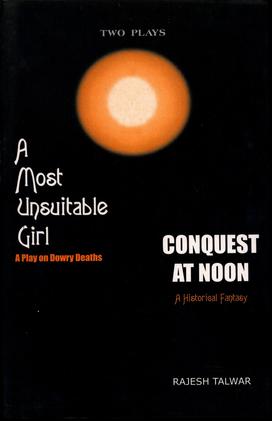 A Most Unsuitable Girl, is a tragicomedy play on the prevalent social practice in India on giving dowry upon the marriage of young woman by her parents and how in certain circumstances the absence (or lack ) of dowry might have potentially fatal consequences for the bride. The play, despite having been written in a comic style, is more serious and hard hitting compared with other tragic plays written on the subject. The characters in the play take varying positions on the phenomenon of dowry and even on dowry death itself, which reflect perspectives prevalent in mainstream Indian society. In the list of characters there is a judge a prosecutor and a defence lawyer who discuss legal angles, which are not without interest. Conquest at Noon, the second play, is a historical fantasy. As is commonly known, India was successfully colonized by the British for three hundred years. In this play, the author creates a historical fantasy in which India was the colonizing power and the British were the subject population.